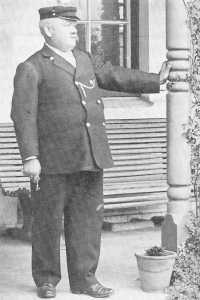 Appointed in 1888 to take charge at Porirua Hospital as Farm Manager, Wybourn was a highly respected member of staff. The farm was essentially regarded as a separate ‘Farm Asylum’ as it was considered a valuable part of the ‘work therapy’ for patients, particularly the male patients who were expected to work outdoors. By 1891 the farm asylum was reportedly always found in good order, Mr. Wybourn was ‘capable and trustworthy’ and had made it into a very valuable auxiliary for Mount View Asylum for the treatment of convalescents and the farm was rapidly getting into good order.

+ Text Size -
Do NOT follow this link or you will be banned from the site! Original generation time 1.4287 seconds. Cache Loaded in: 0.0535 seconds.